Just added to your cart

FREE SHIPPING! ALL THE TIME!

Over the years, e-bikes have become extremely popular as it allows you to go around the neighborhood and avoid traffic. Using an e-bike kit is definitely a great option because you don’t need to buy a new bike. You can use your existing bike and fit an e-bike kit to assist you with pedaling and make your commute much faster.

All About the Swytch e-bike Kit

The Reason Why Swytch E-bike Kit is Very Special

With so many e-bike kits on the market, it is very unusual for something that was created in 2017 to still be popular in 2022. E-bikes became more popular because of the Pandemic as more and more people decided to use them instead of riding public transportation. But, what made the Swytch e-bike kit special that it was still relevant until today?

The Swytch e-bike kit is not known for the technology used to manufacture it, but for the simplicity of how you can install and remove it. Among the different e-bike conversion kits, this is the easiest to install and also the simplest to remove, making it a popular choice for beginners.

If you’ve tried installing a bike conversion kit, you already know how hard it is, especially if you never had any experience in doing this kind of task in the past. There are so many cables to plug and tidy and it would take a lot of hours to fit it correctly. If you made a mistake, you will have to recheck everything and it would require more hours again.

With Swytch, you won’t have to spend so much time installing it. They simplified the process to the point where even newbies can install this in just a few hours. There are no ground-breaking features that would shock the world or any significant add-ons that would make it stand out. It became popular because this conversion kit is perfectly fit for the masses. 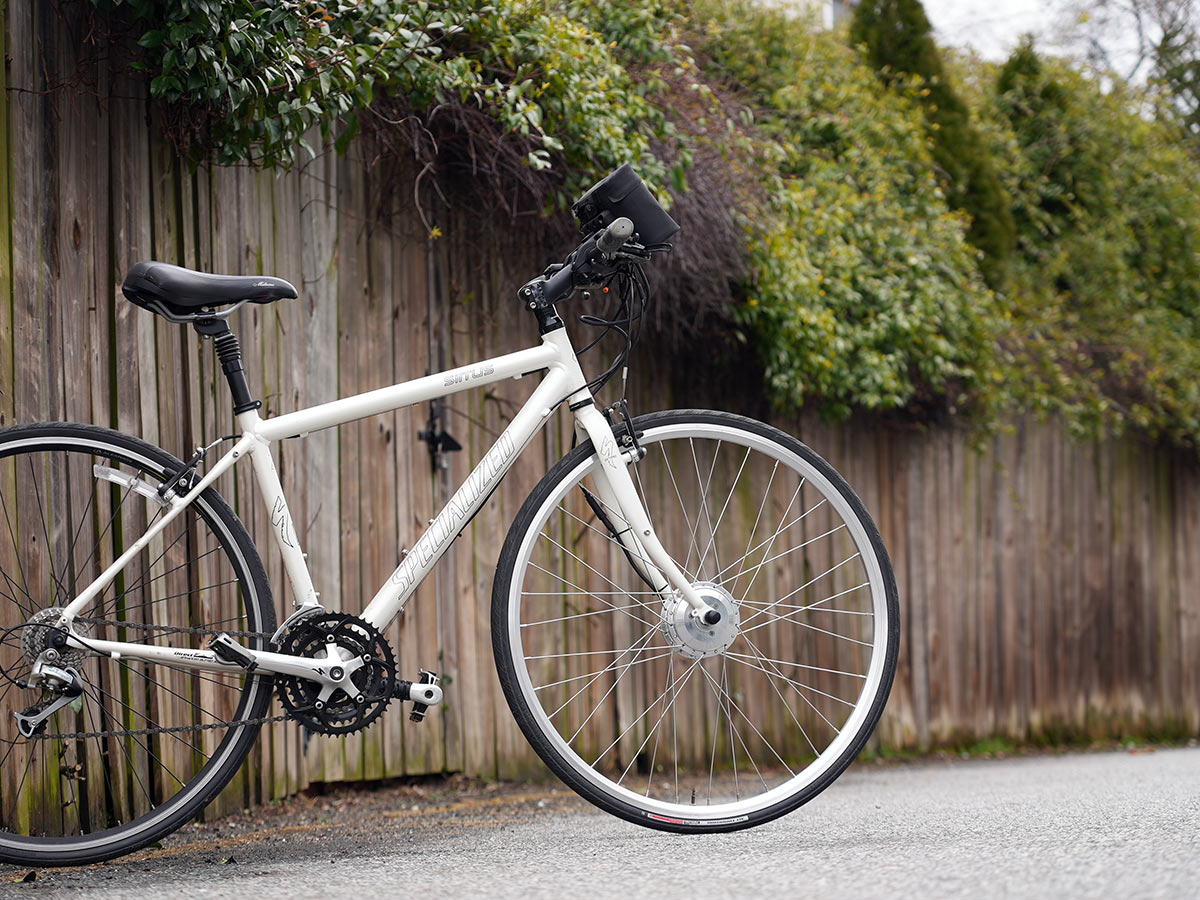 We listed down some of the best features of Swytch and why it is still one of the best options in the market.

Although not perfect for every bike, Swytch can be used in almost all types of basic bikes. Before you buy one, you need to check if you have a traditional quick-release drop-out in your front fork. You can find them on cheaper mountain bikes. Another consideration is the bottom bracket. Swytch is perfectly compatible for bikes with a threaded, sealed cartridge bottom bracket. You can find them on cheaper bikes because most of the expensive ones come with a press-fit or external bearing bottom bracket.

Since the kit will be placed on the front wheel, it has to be very light. Well, it is currently one of the lightest e-bike conversion kits in the market weighing only 3 kilograms including the battery. The motor only weighs around 1.5 kilograms.

If your front wheels have disc brakes, you can still install this Swytch conversion kit. It’s not too complicated as long as you follow the simple instructions on the manual.

Since the conversion kit is not too heavy, you won’t have to worry about driving it without the attached battery. If it’s just the motor, it will only weigh around 1.5 kilograms, which is not really too much if you are just pedaling.

This is one of the most important things that you need from your e-bike conversion kit. You need something that will allow you to remove your batteries. You don’t want anyone stealing the batteries from your bike so it’s better if you can remove it and just reattach it when you’re good to go.

Although it is a great option for many, there are a few areas where Swytch can still improve its functionality.

1. Battery Capacity Meter is Not Accurate

They can improve this further because it can affect your battery life. It’s better if they can improve its accuracy so you can plan ahead if you are going on a longer trip.

2. Not Applicable for Expensive Bikes

Since expensive bikes have more advanced features, Swytch is not usually compatible with them. They have more complicated wirings and it would be very difficult even for a technician to make it work.

You can also check our article on the Best Electric Bike Conversion Kits: Give Your Current Bike a Power Boost.

The Swytch electric bike conversion kit is definitely a game-changer, especially for people who still want to use their old bikes for commuting. Instead of buying a new one, you can just convert your old bike and Swytch will make it happen. There are still improvements needed, but the benefits completely outweigh the disadvantages so it is still a great pick no matter what type of bike you’re using. Whether you’re a pro or a beginner, you can still find some use for Swytch.

If you are looking for amazing e-bike kits, there is a wide range of options available for you, especially if you want something more advanced.

GET ADDITIONAL 5% OFF BY

GET ADDITIONAL 7% OFF BY

GET ADDITIONAL 10% OFF BY